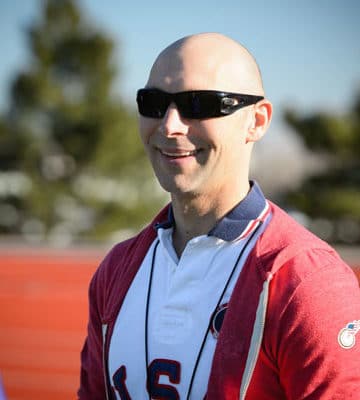 Neal Henderson began coaching endurance sport athletes in the early 1990’s and founded APEX Coaching in 1999. He has helped numerous athletes achieve first-time finishes, and has coached several national champions, multiple world champions, and several Olympians. Neal raced triathlon professionally from 2000-2003 specializing in XTERRA and Winter Triathlon. He is an Elite USA Triathlon and USA Cycling certified coach and was the 2007 USA Cycling Developmental Coach of the Year.   He was also named the 2009 USA National Cycling Coach of the Year and in 2011 was awarded the Doc Councilman Coach of the Year award by the United States Olympic Committee (USOC) for the use of science in his coaching. Neal coached Rohan Dennis of BMC Pro Team to a UCI Hour Record of 52.491 kilometers in February of 2015 and coached Evelyn Stevens to a still standing women’s UCI Hour Record of 47.98 kilometers in February 2016. Neal has been a staff member at the 2012 and 2016 Olympic Games as cycling coach, and has served on multiple coaching committees for both USA Cycling and USA Triathlon.